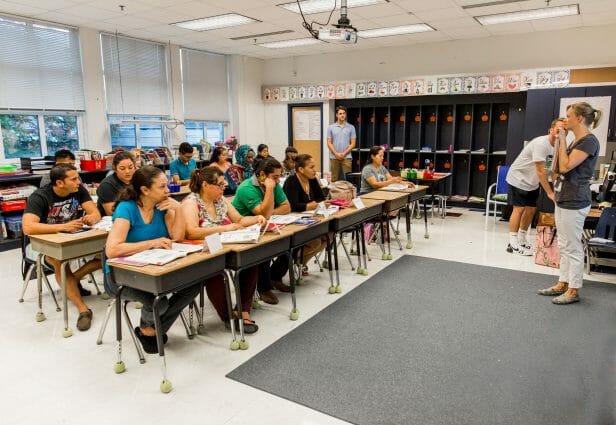 The summer of 2001 found Hotiman Ridwan, then 31 years old and newly arrived in the United States, washing dishes at Skyland in Shenandoah National Park. Ridwan, from Indonesia’s West Java province, worked for a company that staffed seasonal hospitality jobs in national parks and other vacation spots all across the country. And even while this sent him bouncing around the country for the next several years, every summer until 2007 he ended back up along Skyline Drive. Ridwan settled in Harrisonburg full-time in 2008, working as a grill cook at Golden Corral. Eventually, he worked up to assistant manager, by which point, starting with his dishwashing days, he’d more or less “learned everything” about the restaurant industry.

By 2016, Ridwan was ready for a new project: BoBoKo. In Sundanese, his native language, it’s the word for a rice basket made from bamboo; in Harrisonburg, it’s the name he gave to the restaurant he opened downtown that year.

While he opened the restaurant, Ridwan also began working toward another goal: American citizenship. On the advice of a friend, he wound up enrolling in a citizenship preparation class offered by Skyline Literacy. He went on to ace his citizenship test by correctly answering six consecutive questions about US history, government and civics (among them, he recalls, a gimme simply asking him to name the governor of Virginia) and, in April 2017, was sworn in as a new citizen at the federal courthouse in Harrisonburg – “a very happy moment.”

A year and a half later, Ridwan heard the news that Skyline Literacy was facing potential closure after it lost out on a federal grant application for nearly $150,000. In October, its board made a public plea for support; less than two months later, the community had responded with enough money to keep the organization running through next June, giving it time to develop longer-term funding strategies.

“It’s been a terrific response, as far as we’re concerned,” said Bill Fisher, president of the Skyline Literacy board.

As of Dec. 21, about $50,000 dollars had been raised from around 100 donors, including Ridwan, who hopes others will be able to benefit like he did from the citizenship preparation classes and other services Skyline offers.

“I wish I could give back more,” he said. “There’s a lot of people out there that need this organization.”