Tearing down walls: A trip through time in one of Harrisonburg’s first “new” public schools

The walls came down, exposing more than a century’s worth of architecture. 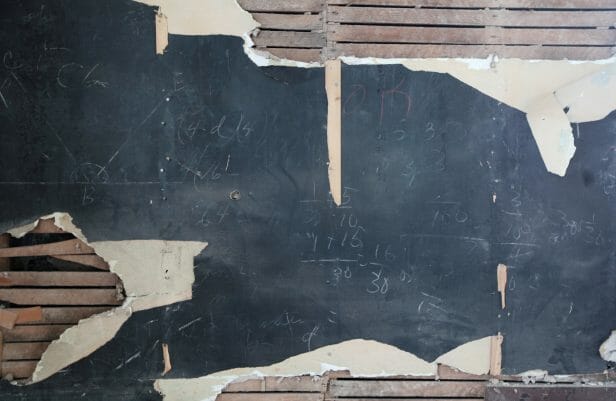 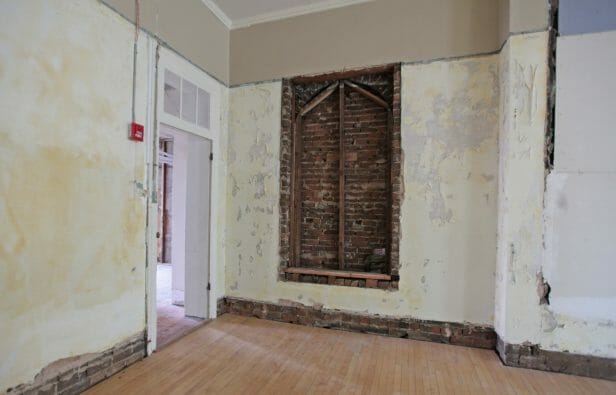 In the darkness of the foundation, where limestone meets brick, a massive chimney structure remains from the days of wood- and coal-fueled heating systems. 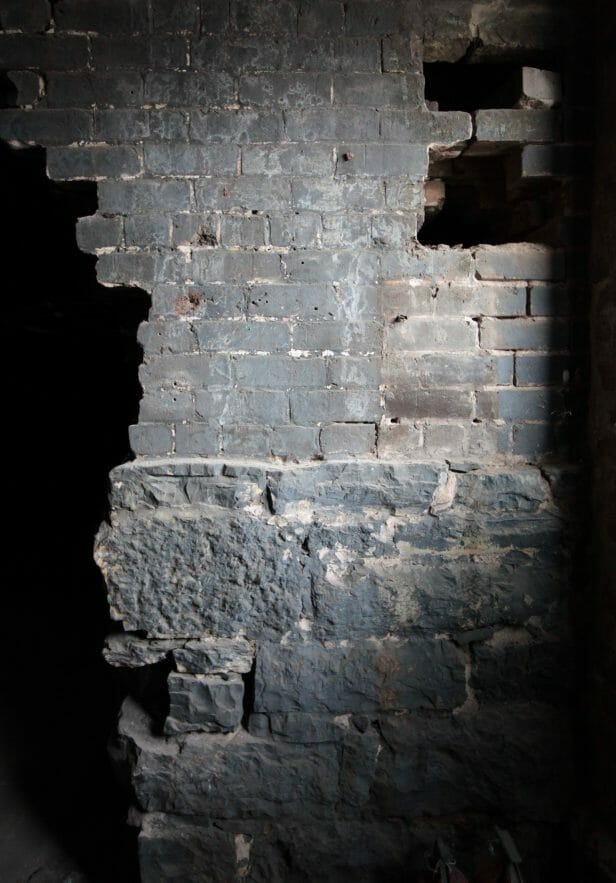 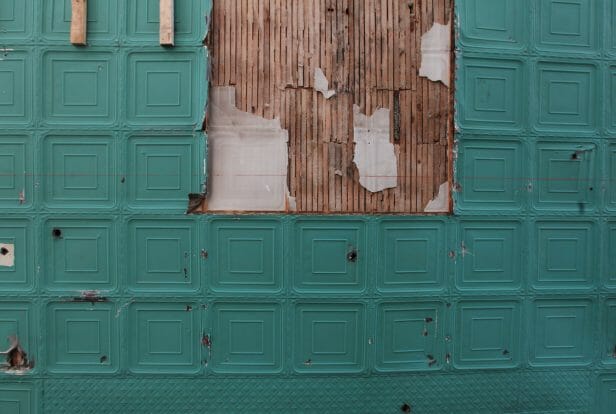 Wooden floors, hidden beneath carpet for years and now, newly carpeted by renovation dust, squeak as they once must have when the building’s upper floor was a gymnasium. 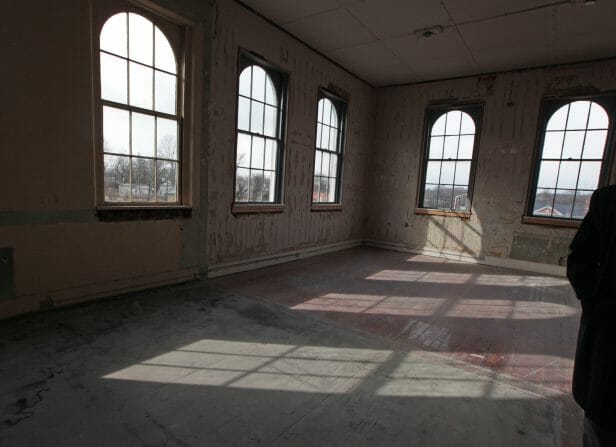 Sustainable Solutions began renovating the building in February of last year. By September, when the first phase of the project wrapped up, its layers had been peeled back through time, through different phases of this building’s life: City Hall, previously known as the Municipal Building, and originally, the Main Street School – the first new public school built in the city. 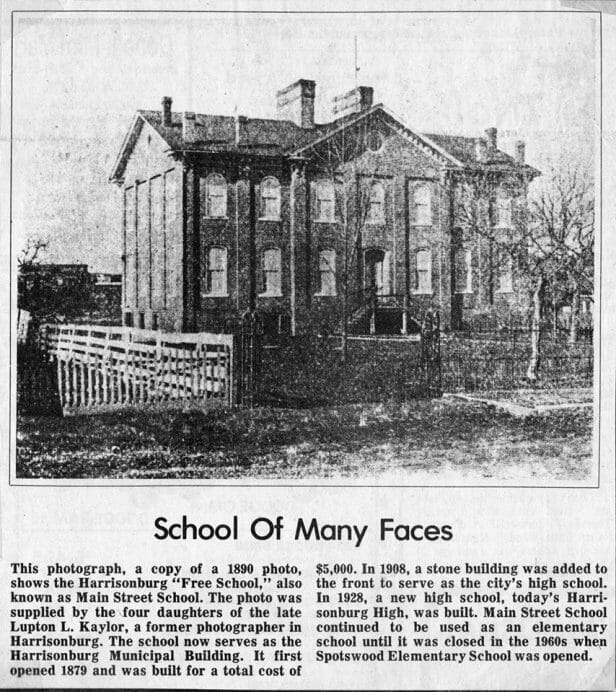 Photo courtesy of the City of Harrisonburg

A quick outline of the history of Harrisonburg’s public education system:

Prior to the Civil War, education was either paid for privately or supported by the community. Because traveling more than a few miles was difficult, students often boarded at their schools. In the 1850s, male and female seminaries, or private education institutions, were established in Harrisonburg. Then, after the Civil War the federal Freedman’s Bureau supported free schools for former slaves and their children. One of these, which later became the Rock Street School, was the city’s first public school.

In 1869, the new Virginia Constitution established statewide free education. Harrisonburg followed suit, and by 1871, the boys and girls seminaries were part of the public “free school” system, using various homes and buildings around downtown. According to Sketches of Harrisonburg: 1840 – 1940 by Kirby “Tommy” Bassford, “the first public school [was held] in the Offett Building in 1871, southeast corner of North Main and Gay streets.” He went on to write “…the school was moved to South Main in the old square brick building of the former Institute school…” This was the former Harrisonburg Female Academy on South Main Street, which had also served as a Confederate hospital during the Civil War.

Bassford writes that in 1878, the school board decided that Harrisonburg needed a “large and more modern building” due to the “increasing number of scholars.” The old academy was razed and a seven-room brick structure went up in its place.

In his book Historic Harrisonburg, John Wayland quotes from the diary of a local judge, writing in October 1879 about the construction, “The new brick school house for the free school is about finished. Cost $5000.” (About $136,000 today). The school opened that year for the 1879-80 session. It is still here, 140 years later – the middle section of the Municipal Building, with arched windows, its red brick since painted a cool gray. 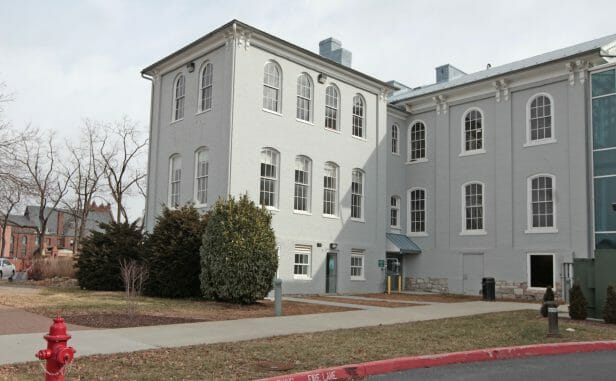 In 1882, the school board decided that a new school building was needed for African-American children, so a four-room brick structure was built on a lot facing Effinger Street in the north part of downtown. This building was torn down during the Northeast Urban Renewal Project.

In 1894, a high school curriculum was developed and William H. Keister was appointed principal as well as the sole instructor of the high school students.

The National Register of Historic Places lists a significant upgrade to the South Main Street School in 1901, when “indoor toilets and warm air heating” were installed. A rear wing was also added to the building. Two large, central brick chimneys replaced the smaller ones visible in older photos of the building, possibly eliminating the original cupola in the process. 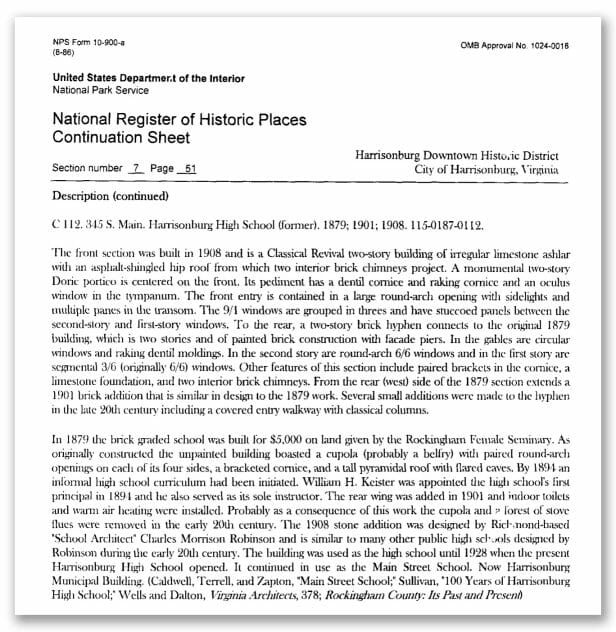 It wasn’t until 1908 that education became compulsory in Virginia. That same year, the familiar limestone building now facing South Main Street was completed as the new Harrisonburg High School, in front of the original brick structure, at a cost of $23,000 –  an amount that, adjusted for inflation, is worth about $625,000 today. 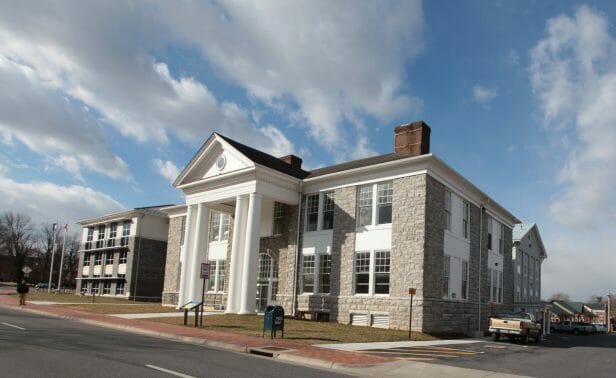 Over the ensuing decades, Keister devoted his life to educating Harrisonburg’s children, eventually becoming the school’s superintendent and overseeing the construction of new ones to accommodate the city’s growing population. Waterman School went up in 1911, and the “new” high school was erected on the edge of town on the former fair grounds on South High Street in 1928 (the building that’s now JMU’s Memorial Hall). The cost of this bigger school was $225,000 – $3.3 million in today’s dollars. 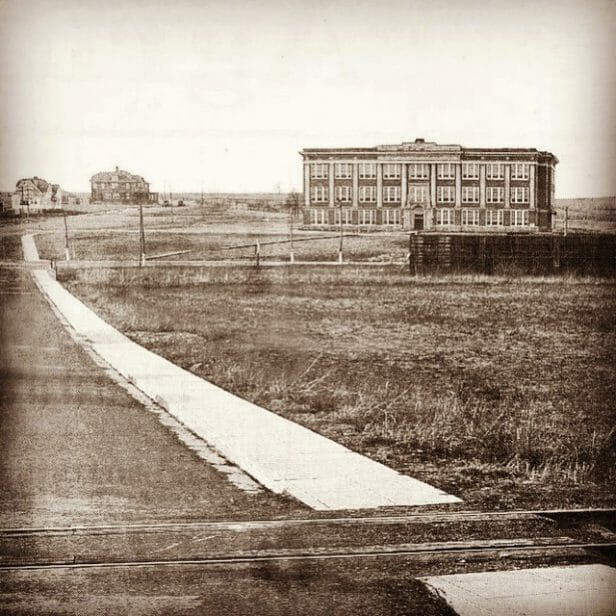 Photo courtesy of the City of Harrisonburg

After almost 60 years, the Effinger School was replaced by the Lucy F. Simms School in 1938, which served as the primary education center for African-American children in Harrisonburg and Rockingham County until the integration of local schools in the mid-’60s. The new school was named for Lucy Simms, who taught at Effinger School for 50 years.

The building on Main Street continued to serve as a school until 1960, when the city converted it to municipal offices. Although no date is set for a second phase of renovation, the city plans to eventually keep using the building for offices.

“The new City Hall was designed to work in tandem with a renovated Municipal Building,” said Deputy City Manager Ande Banks. “These two buildings are envisioned to work together and ensure that City offices and City Hall remain on Main Street and downtown for decades to come.”

As focus grows on the construction of a second high school in Harrisonburg, the old brick and limestone structure, built  gutted of its modern finishings, awaits the next phase.