Calvin Pynn is a freelance reporter based in Harrisonburg, Virginia, primarily covering local politics and other issues in the city for The Citizen. He is also a reporter for WMRA Public Radio along with a few of his friends at The Citizen, and is also the Adviser for James Madison University's student-run radio station, WXJM. Calvin grew up in the New River Valley and attended Radford University, where he was a Producer and On-Air Talent for WVRU, and the Arts & Entertainment Editor for the school's newspaper, The Tartan. Since graduating in 2012, his work has appeared in The Roanoke Times, The Southwest Times, the Daily News-Record, and as part of a reporting project for WQSV 106.3 FM in Staunton. Aside from that, Calvin is a relentless music nerd who plays guitar, collects vinyl, and supports local bands.

With the 2020 General Assembly session beginning today, Del. Tony Wilt, R-Broadway, answered questions about how he expects to approach key issues, such as the Equal Rights Amendment, the commonwealth’s budget, what’s next with I-81, what it will be like serving in the minority and what he views as a threat of “radicals.” 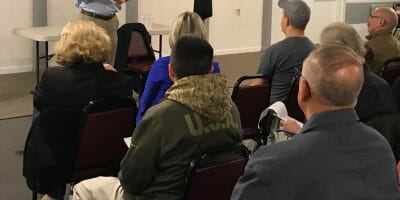 Republican U.S. Rep. Ben Cline told about 50 of his constituents in Harrisonburg Monday night that while he wants to avoid war with Iran, he agreed with President Donald Trump’s assassination order of Iranian Gen. Qasem Soleimani based on the 2002 Authorization for Use of Military Force in place in Iraq. 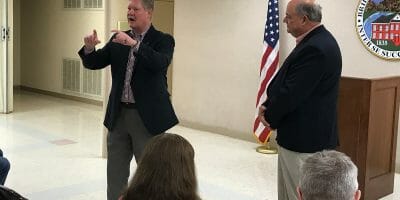