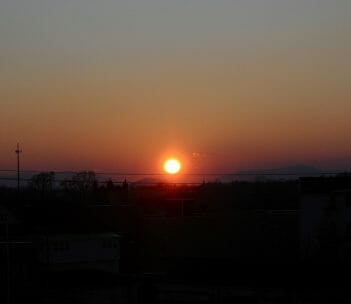 On Tuesday night, the Harrisonburg City School Board voted unanimously to work with the solar energy company Secure Futures to install a 4-megawatt (MW) solar project spread across five city schools––at no cost to the school system or the city. The decision comes nearly a year after HCPS released a request for proposals last winter.

“At the beginning, I was skeptical,” said school board member Kaylene Seigle. “I was worried about how much this is going to cost taxpayers. When I found out that there was no initial cost for us, [and] that the cost of service was less than we’re currently paying for electricity, that was a win for me, coming from a more conservative perspective.”

Pending final negotiations, the school board has identified five city schools for solar panel arrays: Harrisonburg High School, Smithland Elementary/Skyline Middle School, Bluestone Elementary, Keister Elementary and Stone Spring Elementary. At Keister and Stone Spring, only ground-mounted solar panels will be installed, while plans for the Harrisonburg High School installation include a rooftop array and ground-mounted panels. The combined generation capacity is estimated at around 4 MW, which will offset up to 65% of the energy used at those five campuses.

The solar panels will be installed under a “Self-Generation Agreement,” in which Secure Futures owns and maintains the solar panels while HCPS incurs no up-front cost. Over the 25-year term of the agreement, HCPS will purchase the ability to generate its own power from Secure Futures at a reduced rate. That will result in savings of an estimated $4 million in energy costs, according to figures provided by Secure Futures at Tuesday’s school board meeting.

Loren Swartzendruber, a senior business development associate with Staunton-based Secure Futures, said the company is “very excited” to be moving forward with this project.

“This will be the largest public school solar array in the state of Virginia by a megawatt. We’re working with Richmond City Public Schools on a 3 MW system right now,” said Swartzendruber. “Of course, it’s hard to know how long that will be the case; the solar industry is growing very fast.”

Swartzendruber served as president of Eastern Mennonite University from 2003 to 2016. In 2010, during his tenure, the university partnered with Secure Futures to install a 104-kilowatt array on the roof of the campus library. At the time, it was the largest solar installation in the state. Less than a decade later, Secure Futures’ planned project with HCPS is nearly 40 times that size.

The planned arrays at the five city schools will expand Harrisonburg’s currently installed solar capacity––just over 1 MW––by a factor of four. That will be way more than enough to cross the 1-percent solar capacity threshold set by the Harrisonburg Electric Commission (HEC), at which point the city utility may reevaluate its net-metering policy that governs how solar panels can connect to the city grid. HEC’s peak load is around 145 MW, putting that 1-percent threshold for installed solar capacity at about 1.45 MW.

“Getting HEC in the conversation is the next step,” said School Board Chair Deb Fitzgerald. “I know that we have solar in Harrisonburg for individual homeowners and businesses, and the array at EMU, but … we’re talking about a big set of arrays.”

Not all of the proposed solar panels will go up at once. According to Fitzgerald, Bluestone Elementary is “solar ready,” and Harrisonburg High School will likely be next, followed by ground-mounted panels at the other schools. Beyond that, the installation timeline will be largely determined by the timing of the negotiations and the contract, which has not yet been signed.

“As a citizen, I’m excited about the educational opportunities for the students in the district,” said Swartzendruber, noting plans to integrate monitoring data from the arrays in classroom lessons. During the meeting, Fitzgerald added that she is excited for the “strong curricular component” of the project.

Seigle emphasized the initiative’s financial benefits as another cause for excitement.

“It’ll lower our future budget, and that puts a smile on my face,” she said.