Rummaging through a bright yellow bucket filled with kale scraps, orange rinds and coffee grounds, Nidhi Vinod gives the go-ahead to dump the contents into a compost bin tucked into a corner of the parking lot by the Turner Pavilion downtown. She hands the bucket to Amelia Morrison who cleans it and places it back on the trailer which is attached to a bicycle. They grab the next bucket and check it for non-compostable items before adding it to the mix of kitchen scraps, fruit peelings, bio plastics and paper napkins. This is the beginning of Soil Cycles, a bicycle-powered waste collection venture started by Vinod and Morrison to help Harrisonburg businesses and residents move toward sustainable composting. With a vision to reduce waste that goes to the landfill, Soil Cycles hopes to begin to fill a void that was created when Harrisonburg ended its recycling service.

For $25 a month, the Soil Cycles team arrives once a week with their bicycles and trailers to collect residential customers’ compostable waste, which they have placed in the provided five gallon bucket lined with a biodegradable bag. After giving the bucket a quick cleaning, they zip away to take it to the nearest compost hub. There are two hubs located downtown where everything gets mixed together in a large collection bin. But before dumping they weigh the scraps and sort through it for the odd fork or any prohibited materials. “If it grows it goes! If in doubt keep it out!” says a sign next to the bins. 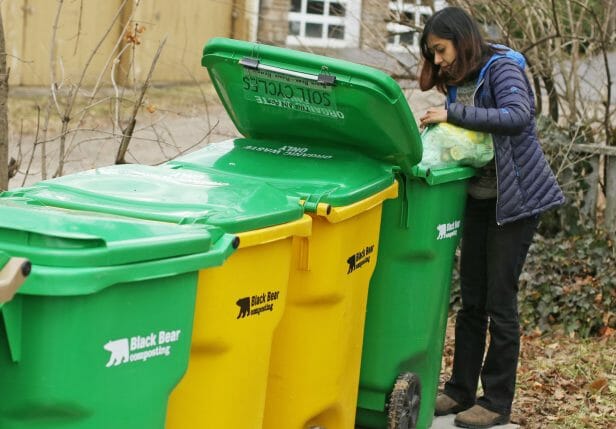 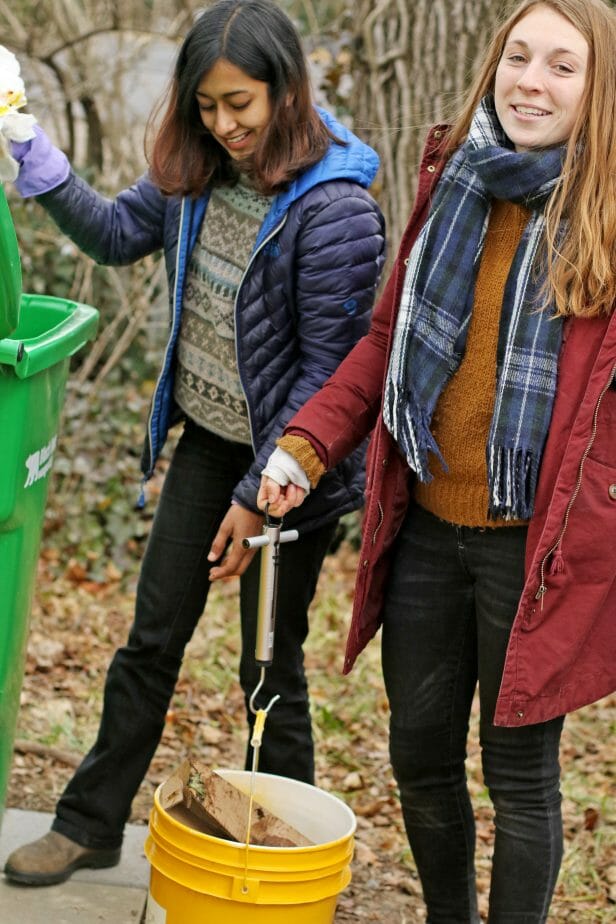 The next step lies in the hands of Black Bear Composting. The large bins are taken to their facility in Crimora and the scraps are allowed to breakdown over time into compost.

About every six weeks a bucket of “freshly”-made, nutrient-rich compost is delivered to your doorstep and can be used as an additive to flower beds, lawns or vegetable gardens. And the cycle is complete.

Isabelle Vento, co-owner of Heritage Bakery & Café, says she and her staff are becoming educated in the art of composting. “We have a list we keep in the kitchen of what we can throw in,” she said. “We are learning, like only certain paper products can be composted.” Coffee grounds with their filters and paper straws and napkins are all acceptable. 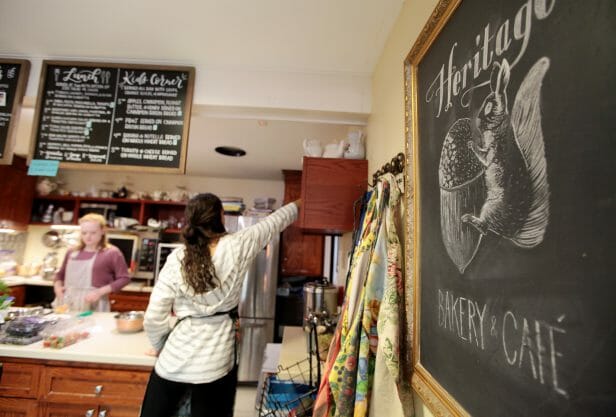 Heritage Bakery & Café is the first commercial customer for Soil Cycles, but other downtown restaurants have expressed interest in participating in this closed-loop waste stream. The volume of compostable materials a restaurant generates would warrant an every-other-day collection schedule. 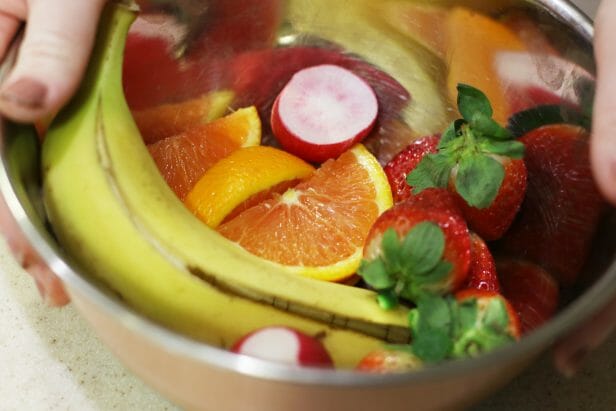 “Culturally we haven’t had to think about the amount of waste we are generating, but it is catching up to us,” Morrison notes. She and Vinod said that almost every day they have a new inquiry about the Soil Cycles program. “By offering winter pick-up we hope it will encourage people to become interested in composting by making it easier,” Vinod said, noting that customers also receive reward cards each month for downtown discounts.

Neither of the women own a car. Using bicycles to navigate around Harrisonburg has become a way of life for them. Morrison graduated from JMU with a geographic science degree and then worked with the Vine & Fig sustainable living initiative. Vinod studied environmental sciences at EMU and said the news of Harrisonburg’s recycling program ending is what sparked the idea for Soil Cycles. Using the summer and fall to establish a customer base and system for their bicycle-powered collection, they have biked 529 miles so far and collected 1,461 pounds of compostables, thus saving that much waste from going into the landfill. Soil Cycles currently has 10 residential subscribers, which they describe as a “comfortable start,” but a number that they hope to grow. 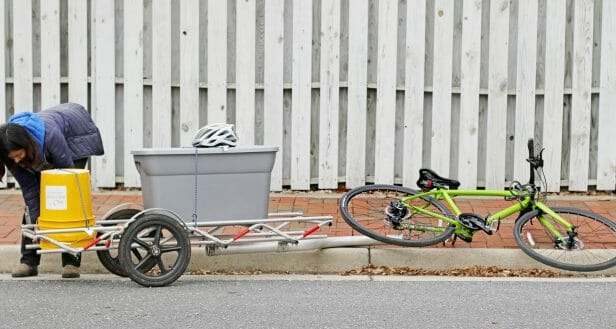 Bundling up against the chilled January air, Vinod and Morrison head out to their next stop with trailer in tow. The yellow Soil Cycles buckets draw the attention of passersby, perhaps raising awareness to the amount of waste we generate and making us think of what happens to it after it leaves our trash cans. 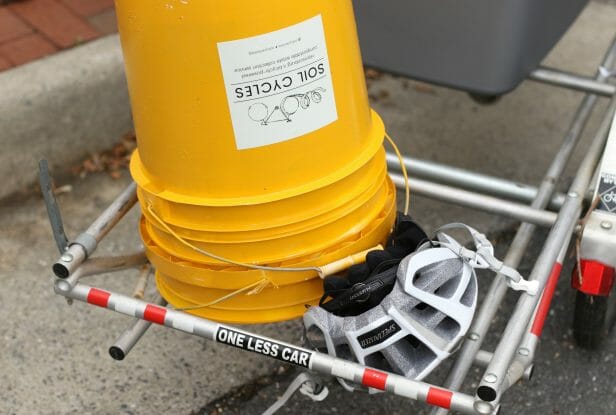