It used to be seen by some as “old school” or maybe even rather “granola” to use a midwife when giving birth. 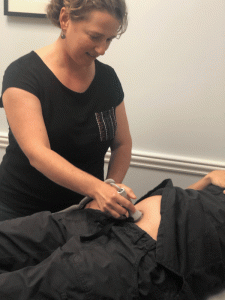 But expecting women are increasingly relying on midwives. In 2017, for instance, the percentage of babies delivered by certified nurse midwives was up to 9.1 percent, according to the U.S. Centers for Disease Control’s data. That’s a full percentage point higher than in 2009, which inspired TIME magazine to declare “More U.S. babies than ever are delivered by midwives.”

In the Valley, that has kept the midwives and doctors at Shenandoah Women’s Healthcare steadily busier since it began providing that service in 1999. The Harrisonburg-based health center is celebrating it 20th anniversary, in fact, this month.

During those two decades, Brookhaven Women’s Health and Natural Birth Center also began providing such services in the area.

The Shenandoah Women’s Health midwives are different from some: they do not practice home birthing. Instead, they work in conjunction with OB-GYNs and deliver babies in hospital.

“Our doctors are a little bit different than other doctors,” said Tammie McDonald-Brouwer, a full scope certified nurse midwife and nurse practitioner who has been at Shenandoah Women’s Health for a decade. “What my experience was when I was still a nurse was a doctor would come when the baby was crowning, catch a baby, give the baby to the momma, clean up, and leave the room. We and our doctors are usually there all the time during the whole pushing process, our doctors are checking in and we sit at the bedside.”

Melody Mast, a full scope certified nurse midwife and nurse practitioner, said because Harrisonburg has such a diverse community, the center’s personnel have expanded services and educated themselves on different cultures.

“Things that we’ve had to start getting educated on is with populations that come from eastern Africa, with female circumcision, also certain Latino cultures that breast and bottle feed,” Mast said.

“We have interpreters available so we always have someone that speaks your language, or as close as we can to that.”

Caitlin Berkey, a mother of three with a fourth on the way, switched to Shenandoah 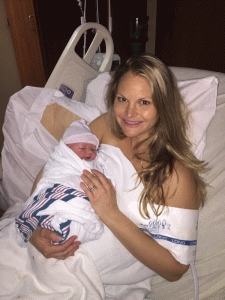 Women’s Health after the birth of her first child, when a friend told her about the midwives. She said the appointments immediately seemed different. She was allowed more time to talk with the midwives about how she was feeling.

She said when she told friends about seeing a midwife for her pregnancies, some were apprehensive. Now she said it feels more commonplace for pregnant women to see a midwife for care.

“When I first went, I had several friends who were a little bit surprised and thought some of those things: ‘Oh, you’re going to have the baby at home’ or ‘what if you need a doctor?’” Berkey said. “They didn’t really understand. Especially the partnership that Shenandoah Women’s Health has with the midwives and the doctors. And it’s so interesting because now so many of my friends are hoping to have a midwife.”

The partnership Berkey appreciates most is that the doctors and midwifes work side-by-side.

The nurses and doctors say that’s essential, especially because they see women in every stage. They help mothers through the celebration of new life and, sometimes, through painful moments like infertility and loss.

Another reason why some mothers choose a midwife is the postnatal care they receive. Postpartum depression is on the rise, both locally and nationally. The midwives credit the time they spend with mothers before and after birth to make sure if they see a problem, they can address it.

“I think there’s a lot of people — not necessarily in this area but in other areas — they just don’t know where to go [for postpartum depression],” said Kaya Norton, a full scope certified nurse midwife.  “I think we do a really good job of ‘hey, you know, we’re here if you need us’ – we are a a place where you can start and if you need more we can get you the help you need.”

Berkey said that was the case for her.

“I did have some postpartum struggles,” Berkey said. “That was pretty shocking for me because it took me a while to figure out. I’d never dealt with blues or anxiety before, so it actually humbling and humorous looking back. It took me so long to figure out what was going on, and it was so clear to the midwives what was going on.” 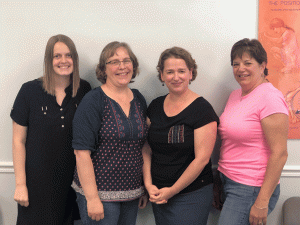 the last 20 years, said Dr. Leonard Aamodt, who helped found it. After working with many diverse populations around the U.S., he settled in Harrisonburg with the intention to start a practice that married the two  methods.

“The original midwives and I had a strong belief that women could get the best of both worlds,” Aamodt said. “That’s what I think we’ve done at Shenandoah Women’s Healthcare. Not only are the women exposed to the advantages of midwifery care, but they have physician  backup.”

“Having these OB-GYN’s and midwives talk and do things to get on a much higher national level has also helped us to become more accepted,” McDonald-Brouwer said.