In the Valley League, it pays to innovate 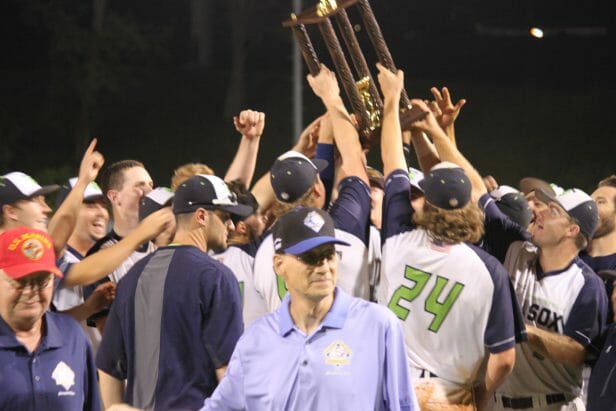 The analytics revolution has arrived in the Valley League, whose two most successful teams employ cutting-edge approaches to winning baseball games.

It wasn’t surprising to see the Tom Sox on top again; one of the best-run organizations in the Valley, the team has also differentiated itself by being on the cutting edge of the use of analytics since 2017. The franchise uses a small army of interns to track a number of statistics to help both the coaching staff and the players’ college coaches. In particular, the team uses a “piggy-back” starting pitcher schedule, with two starters and a closer ready to pitch in each game. If all goes well, the two starters will throw four or five innings each, with the closer ready to pitch one if needed. This approach, which limits pitch counts and potential overuse injuries, surely seems to be working – the team, established in 2015, has gone an amazing 81-45 in the regular season over the last three years.

While the Express came up short in this showdown (as they also did against the Tom Sox in the 2017 finals), the team has been as successful as any over the last few years. The Express do things a little differently than the Tom Sox. Their organizational philosophy: try to get to 20 wins as quickly as possible, thereby almost guaranteeing a playoff spot, and then working to keep everyone healthy and engaged, ready for a deep postseason run.

“We are happy to win pennants but we prefer to win rings and will never sacrifice a guy’s health or the potential to use him in the playoffs to chase a pennant and/or national rankings,” said Express General Manager Parker Neal. “I think you see that a bit with our regular season records but then our success in the playoffs.”

Baseball is definitely an industry made up of copycats; what works for one team at any level will often be mimicked by others. This leaves them all constantly searching for the newest way to do the same old thing – win baseball games. So, when the summer of 2020 rolls around, will other Valley League teams more blatantly follow Charlottesville’s and Strasburg’s successful examples, or will we see the same matchup in the finals for a third year out of the last four?