For the first time since World War II, there will be no Valley League baseball season 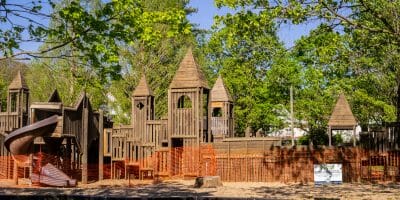 I just can’t believe it’s gone. On April 2, the Valley League made the momentous decision to cancel the 2020 summer season.

I first had an inkling that Valley League baseball may not be coming this summer to the 11 regional towns with franchises when the NBA and MLB postponed their seasons. The NBA announced its postponement on March 11; MLB followed suit the next day. That’s obviously never a good sign.

Then, on March 31, an email popped into my inbox from VBL Commissioner Bruce Alger, asking for input about the upcoming season from all eleven franchises and other stakeholders like me (I am the league’s Media Relations Director). I answered with a plea to wait a bit yet. Couldn’t we postpone, and, assuming the world returns to some idea of normal, perhaps play a shortened schedule in July?

But the VBL Executive Committee met on April 2, and the dreaded phone call came just before 7 p.m. The league was pulling the plug, becoming the first (and, to my knowledge, the only) summer league to cancel operations due to the COVID-19 pandemic. It’s too dangerous, they decided, to bring hundreds of players into the area, most living with host families, and expect the league to carry on like normal. This will be the first summer without a VBL season since 1945.

The usual flurry of media director responsibilities ensued. I wrote a press release, and then answered question after question from folks who were, without exception, disappointed with the news. All of the hundreds and hundreds of folks who make a Valley League season run, from players and coaches, umpires, host families, league personnel (like yours truly), and dozens and dozens of volunteers from each team… would have to find something else to do.

I’ve been writing about this league since 2006, and each summer, I eagerly await the content that would be provided to me from as many as five games played every single night… and I usually wrote thousands of words each week (the 2019 Valley League Annual was over 85,000 words, for Pete’s sake). Now, I’ll have to create my own content.

So while there won’t be live games this summer, Graham Knight of Isomer Media (the guy behind the Facebook streaming last summer) and I are still planning to put content in front of fans jonesing for some Valley League baseball content:

So even though I’m still in shock that the season is over before it even began, like most of us stuck doing different things during this pandemic, it looks like it won’t be impossible to move forward.