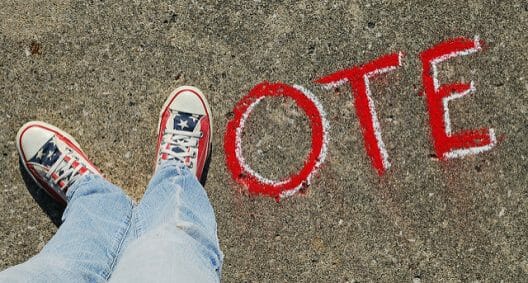 Editor’s note: Last week, The Citizen published a detailed guide on all the candidates on the upcoming ballot. Here, we look at the process and procedures behind voter registration, election day logistics and tabulating results.

On November 6, Harrisonburg voters will head to the polls to choose two members of the U.S. Congress (a Senator and the 6th District House representative), two city council members and three city school board members. They will also consider two referendums on proposed amendments to the state constitution. The Citizen spoke to Debbie Logan, Harrisonburg’s Voter Registrar and Director of Elections, to get the details on how the election process works in the city and what to expect at the polls.

Virginia does not allow for early voting but those with a legitimate excuse for not being able to make it to the polls on Election Day can vote absentee. Those who need to vote absentee must fill out an application that details their qualifying circumstances, which can include being out of town for business, pregnancy or illness.

Since 2014 voters in Virginia have been required to present photo identification before voting. On their Web page, the Virginia State Board of Elections list acceptable forms of ID, which include government and school-issued ID cards. Additionally, local voter registrar’s offices offer free Virginia Voter Photo ID Card, a temporary version of which can be issued on Election Day. Someone who arrives at the polls to vote without an ID is allowed to vote with a provisional ballot and then are given until noon on the Friday after the election to obtain and present an ID at the registrar’s office. Following presentation of an ID the ballot is then counted.

“It’s very easy for anyone to get a photo ID [for voting] if they don’t have one,” Logan said. “There is no reason for anyone to say they couldn’t vote because of an ID.”

Logan said her office issues about five Virginia Voter Photo ID Cards per year, often for elderly voters who no longer have a driver’s license.

In response to a 2016 attempted hack of the Virginia State Board of Elections database, the state required all localities to return to paper ballot voting before the 2017 election. Logan said Harrisonburg had already transitioned away from touch screen voting machines by around 2012.

With the city’s optical scan voting machines, when a marked paper ballot is fed into the machine the votes are tallied and an image of each ballot is captured. These images are used to print out write-in vote. All data is stored on a removable internal memory card.

Leading up to the election each machine’s memory card is sent off to the Printelect, the  vendor that supplies Harrisonburg’s voting machines, to be cleared, checked and certified. The city’s election machine technicians re-install the memory cards prior to the election and run test ballots through each machine to verify their accuracy. These technicians are sworn officials and are on call on Election Day to deal with any issues that may arise with the machines.

What Happens to Your Vote After it is Cast?

When the polls close on Election Day the voting machines are sealed by poll workers with the cast paper ballots and memory card inside. They are then returned to a secure storage area in City Hall. On the day after the election the paper ballots are removed from the machines by the city’s Electoral Board, sealed and securely stored in case of a recount or audit. The internal memory card is not removed from the machine until after the 30-day recount period. Paper ballots are kept for one year after a state or local election and two years after a Federal election.

Provisional ballots are offered to voters who do not have a photo ID with them or who are not on the voter rolls at their precinct.

Those who vote provisionally are allowed to make their case before the city’s Electoral Board on the day following the election. Employees in the registrar’s office will also research those who voted provisionally to see if there has been a mistake that kept them off of the voter rolls. The board then votes to accept or reject each provisional ballot.

Who Runs The Polls?

All votes in Harrisonburg, and throughout the state, must be cast on a paper ballot. In Harrisonburg voting machines are never connected to the Internet, nor are the votes they record transmitted electronically.

What is the City’s Electoral Board?

The duties of Harrisonburg’s Electoral Board include appointing and training Officers of the Election and certifying the final vote. Three board members are chosen by their political party and appointed by the city’s Circuit Court judges for staggered three year terms. Of the three board members, two represent the party that holds power in the state. Since Virginia’s governor is a Democrat two members of Harrisonburg’s board are Democrats and one is a Republican. The current members of Harrisonburg’s Electoral Board are Sandra Price-Stroble, William Ney and Jane Grant Burner.

As soon as polls close election workers make a print-out of vote totals from each voting machine. These unofficial numbers are phoned in to Logan’s office, where they tabulate the totals and pass them on to the State Board of Elections, who posts the results to their website.

What if There is a Recount?

In Virginia, after the vote is certified, a losing candidate can request a recount if the margin of victory is less than one percent of the total number of votes cast. If the margin is half a percent or less the cost of the recount is covered by the locality. In the case of a recount, the paper ballots are once again fed through the voting machines. Ballots that are unreadable by the machine are physically examined by the board members to determine the intent of the voter.

During Logan’s tenure as Harrisonburg’s Director of Elections there has only been one recount. In the 2013 state Attorney General’s race Mark Herring was declared the winner by 165 votes out of more than two million cast in the state. The thin margin entitled his opponent Mark Obenshain to a state-funded recount. Herring went on to win the election by fewer than 1,000 votes statewide, though final results were not known until over a month after Election Day. Obenshain, who lives in the city, lost in Harrisonburg by 187 votes.

How Big of a Turnout is Harrisonburg Expecting for the 2018 Midterms?

As of the registration deadline, Harrisonburg had a net addition of 659 voters to its rolls this year. In anticipation of a higher than normal turnout for a mid-term election, Logan is planning to have 10 Officers of Election at most precincts, though she does not expect there to be long lines or a wait at any of the precincts.

How to Prepare for Nov. 6

Logan recommends that all voters confirm which precinct they are required to vote at by checking their registration online to prevent confusion on Election Day and that they make sure they take the proper photo ID with them to the polls.

The Virginia State Board Elections lists all of the candidates on Harrisonburg’s ballot on their website along with the text and an explanation of the two proposed state amendments.