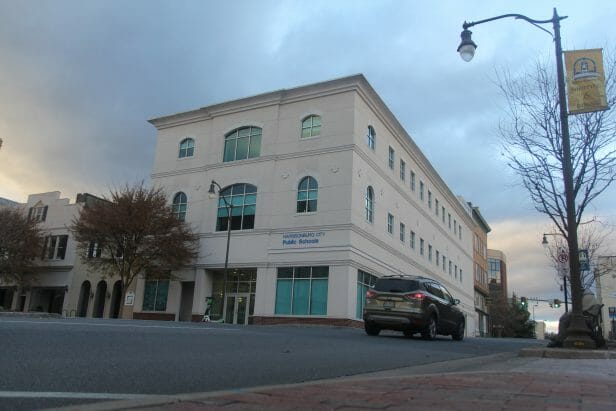 The school board hopes to hire a new superintendent by mid-February.

Approachability, transparency and trustworthiness are some of the qualities that residents of Harrisonburg are looking for in the next school superintendent.

B.W.P. & Associates, the recruiting firm hired by the city to spearhead the search, is compiling a “Leadership Profile” to direct the vetting of applicants. It details attributes and skills the public has identified as essential to the position.

The profile, released in draft form this month, is now available on the Harrisonburg City Public Schools website. Board members agree that the document has given them clear direction on what the community is looking for in this leader.

The profile was compiled from input gathered in over 100 interviews and conversations. Interviewees included city teachers, students, administrators, community members and school board members.

In addition, community forums were held on October 30 and 31. According to Andy Kohen, vice-chair of the school board, the profile also informs potential applicants about what the community is looking for. He hopes this provides transparency and attracts qualified applicants.

Kohen says the profile is consistent with what the school board is looking for in a leader. “[We want] someone who is a visionary, as well as someone who is adept at working with groups of people, who understands the strengths of our current educational system, and has ideas about how it can be even better,” he says.

In reviewing the public feedback, School Board Chair Deb Fitzgerald agrees. “Collaboration comes up a lot. People want an authoritative leader, but not authoritarian,” she says.

Leadership experience and strategic planning abilities and foresight are other qualities she says residents are looking for.

The school board is continuing to solicit public input, via an online survey available through Dec. 1 on the city schools website.

The search for a new superintendent has been underway since July 2018, when Scott Kizner announced his resignation. Pat Lintner, an assistant superintendent under Kizner, was appointed later that month to serve as interim superintendent during the search process.

While members of the school board would like to see the position filled as soon as possible, they are more focused on finding the right fit.

“Our concern has been finding someone who matches. We might get someone on paper who has superb qualifications, but that person has to match our needs,” says Fitzgerald.

Currently, 13 applications from people in eight states have been received – indication, Kohen says, that the city schools superintendent is an attractive position.

“We’re growing as fast as any system in the state. We have an enormously diverse student demographic, which is at same time our biggest strength and challenge. We’re about to change into a two-high school town. We need some good strategic planning in place,” says Fitzgerald.

The school board will evaluate candidates for the position in a closed-session meeting on January 22. During the meeting, BWP & Associates will present the board with brief synopses of each application, highlighting the candidates they believe most closely align with the city’s leadership profile and recommending those candidates be interviewed for the position.

The board expects to interview three to six candidates, followed by salary and contract negotiations. According to Kohen, they expect to complete the process by mid-February. Depending on the candidate’s availability, the position may be filled anytime between February and the start of the 2019-20 school year.