Six years ago, residents made the case for a Martin Luther King Jr. Way. Here’s how one man says it paved the way for more progress. 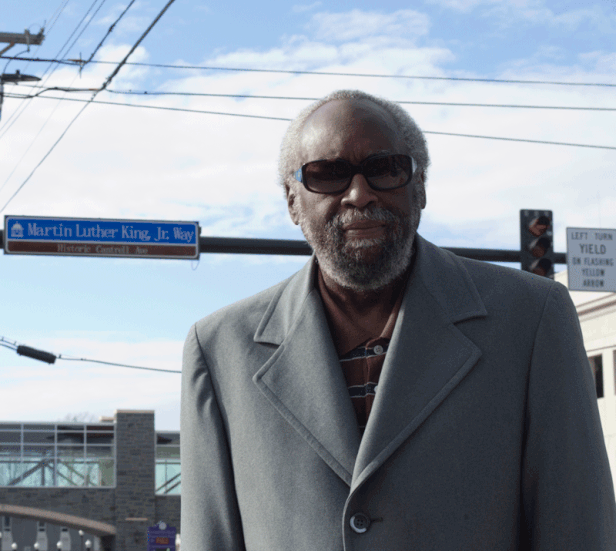 Besides the Ralph Sampson Park, named after the 7-foot-4-inch-tall Harrisonburg basketball prodigy from Harrisonburg who went on to play for the University of Virginia and the Houston Rockets, Maclin said the city lacked formal acknowledgement of the community’s diversity in the ways that many white people might take for granted, such as the naming of streets, schools and historic sites.

“There was no reflection of the accomplishments of an African American in the 20th century,” he said.

There was the Lucy Simms Continuing Education Center, honoring the local educator who was born a slave in 1855, but Maclin felt the need to recognize a more recent black leader.

“I knew that there needed to be some noteworthy individual who could garner such a response and respect” as to have a street renamed, Maclin said. “It’s a reflection of inclusion. It’s really been a great thing for the city.”

He cited the atmosphere of the International Festival, held downtown for the first time last September, as proof that it is possible.

“We have to work to make that an everyday reality,” he said.

The push for change

As a father and grandfather, Maclin said he loves Harrisonburg and hopes it will continue to grow and improve for future generations — specifically, in the areas of racial integration and criminal justice.

“I’m just proud to be a resident of this city, and I appreciate the openness to develop it to continue to reflect the diversity that’s here,” Maclin said. “Professionally, we’re integrated, but socially, we’re segregated.”

Maclin has been working towards that reality in many ways since moving to Harrisonburg 19 years ago to raise his family and attend seminary. He founded and runs the Harriet Tubman Cultural Center on Lucy Drive, has networked with several nonprofits in the area and was the man who first suggested to Harrisonburg city council that they should name a street after King.

After regularly hearing suggestions from Maclin and others during city council meetings for three months in 2013, council members Kai Degner and Abe Shearer agreed to become their council liaisons for the initiative. Initially, Maclin suggested renaming Vine Street, which was deemed impractical because of how many residences would have to change their address. Cantrell Avenue was chosen instead, and officially renamed Martin Luther King Jr. Way in 2014, on the federal holiday which honors the civil rights leader. 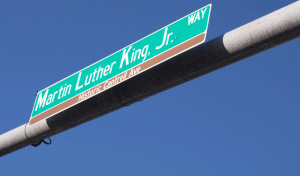 And while other cities have named a street after King somewhere in a less-traveled corner, Harrisonburg did so on a main artery. Maclin said he sees the city’s subsequent landmarks of inclusion as “a direct result of that.”

Maclin  said it was a “beautiful compromise” to keep the words “Historic Cantrell Avenue” on the street signs.

“It’s a bold reflection,” Maclin said, “that this city is truly a ‘friendly city’ in terms of inclusion.”

Elaine T. Blakely, a member of the Harrisonburg Martin Luther King, Jr. Way Coalition — the formal name of the group that assembled behind Maclin’s proposal — said the effort was pivotal.

“To me, the most important thing that I’ve done since I’ve been here was working on the street renaming,” she said. Blakely served as the event coordinator on the day the street officially became Martin Luther King Jr. Way. She thanks the businesses and fraternities along the street that lent their support, as well as local businesses like Campbell Printing and Muddy Feet Graphics that donated promotional materials such as printed programs and a banner.

“We just pulled everybody in to make it a real community event. It wasn’t black, it wasn’t white,” Blakely said. “It was really a beautiful day. The sun was out, so many people were walking the bridge … it was breathtaking.”

Looking forward with a beacon from the past

These days, Maclin focuses his time on running the Harriet Tubman Cultural Center, which he hopes to turn into a premier tourist destination “where people can learn about the legacy and the accomplishments of this freedom fighter. … She was just an outstanding citizen who is worthy of study.”

While Tubman never passed through the Shenandoah Valley, the Underground Railroad did.

One of the exhibits Maclin is currently working on takes tourists through a simulated Underground Railroad trail with educational stations. He said his oldest attendee so far was 90. Some have come to the center from as far as India. Currently the center is only open by appointment, which can be made by calling: 540-578-6389.

This Martin Luther King Jr. Day, Maclin will be leading tours through the center for Eastern Mennonite University students. He says that the talent and energy the universities bring to town are more examples of the many benefits of living in Harrisonburg. He said he’s found that residents of all backgrounds make the city what it is.

“They care, from the affluent to the less affluent, even to the incarcerated. It has nothing but greatness yet to come,” he said. “I’m very proud to be a Harrisonburg-ite.”