The 134th overall pick, and other Turks highlights of the 2019 MLB draft 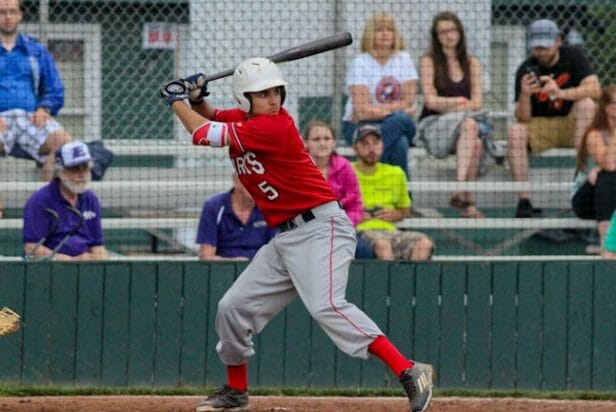 2017 Harrisonburg Turk Bryan Arias was chosen by the Houston Astros in the 28th round of last week’s major league draft. Arias, an infielder, played in college for the University of Texas-San Antonio. Photo by Michael Terndrup, courtesy of the Valley League.

John Leonard’s column on Valley League baseball runs every other week this summer. You can find much more of his writing on his website, All Things Valley League.

Of the roughly 400 players who come from near and far to play summer baseball in the Valley League, almost every single one aspires to someday play professional baseball and perhaps, maybe, eventually advance to the major leagues.

Many years ago, I spoke to a right-handed pitcher for the Woodstock River Bandits. He played Division III in college and his fastball topped out at about 85 miles per hour. For those of you who don’t know baseball well, that isn’t fast enough to take a pitcher very far. “What are your aspirations?” I asked. “Chase the dream as long as I can,” he answered. “Hopefully I can get drafted.”

Ah, the draft. Everything circles around a three-day span in June when major league executives decide which amateur players they are willing to add to their crop of minor leaguers. It’s an event that every Valley Leaguer I have spoken to over the years has their eye (or both eyes, sometimes) on.

Most of us have been there in some way ourselves, of course, desperately wanting to be chosen by the powers that be. A middle school play, perhaps, attempting to snare the role of Scout in To Kill a Mockingbird? (I played Boo in a version that was staged in Nairobi, Kenya, a few years ago. I didn’t have to try out, though; I got the part because the directors needed a larger person to carry Jem across the stage.) Maybe it was making the high school basketball team, or earning that first chair clarinet.

The difference with most of those scenarios and the MLB draft is that these men and women in major league organizations hold the key to not only warm and fuzzy feelings, but something that could end up being more lucrative than most of us could imagine. The 2019 minimum Major League salary is a paltry $555,000, after all. For the vast majority of players who make it that far, it all begins with the draft.

Just getting drafted, though, is an accomplishment in itself. In the 2019 draft, held last week from June 3 to 5, a grand total of 49 former Valley League players were picked over its three days and forty rounds. Of those, four once stepped on the field for the Harrisonburg Turks; in fact, the first former Valley Leaguer drafted was a 2017 Turk – Kyle McCann, a catcher for Georgia Tech taken in the 4th round by the Oakland A’s.

All four of these now-drafted Turks played in the Valley in 2017; Arias also spent the summer of 2016 playing here.

After being drafted, though, there are no guarantees that a player will keep advancing through the many levels of minor league baseball, where players earn a tiny fraction of a major league salary. In fact, Baseball America recently reported that just over three-quarters of drafted players end up signing professional contracts, and from 1981 to 2010, only 17.6 percent of all drafted players eventually reached the major leagues (many draftees who don’t sign contracts are players drafted after high school but decide to go to college). The Valley League does a little worse, actually. In my own study, out of all former Valley League players drafted from 2006 to 2010, only 11.3 percent have reached the game’s highest level.

Over the past 14 drafts, five former Valley Leaguers have gone in the first round – meaning the big-league executives deem them the very best up-and-coming young players. Yonder Alonso, a Luray Wrangler in 2006, went the highest: 7th overall to the Cincinnati Reds in 2008. For players chosen that high in the draft, the financial rewards are typically astronomical; Alonso signed a four-year contract with the Reds worth $4.55 million. A regular major league starter since 2012, he now plays for the Chicago White Sox.

On the other end of the spectrum, two players in that span have been drafted in the 50th round, with Andrew Moye picked 1,519th overall in 2010. Moye also played in Luray, in 2009. (The draft is now only 40 rounds, so no one will ever be picked later than Moye, whose his professional career petered out in 2014 at the Double-A level, a long way from MLB fame and fortune.)

Almost every Valley Leaguer wants to eventually play baseball for money, and the 49 who were drafted last week just took the first step toward that professional career they’ve always dreamed of.