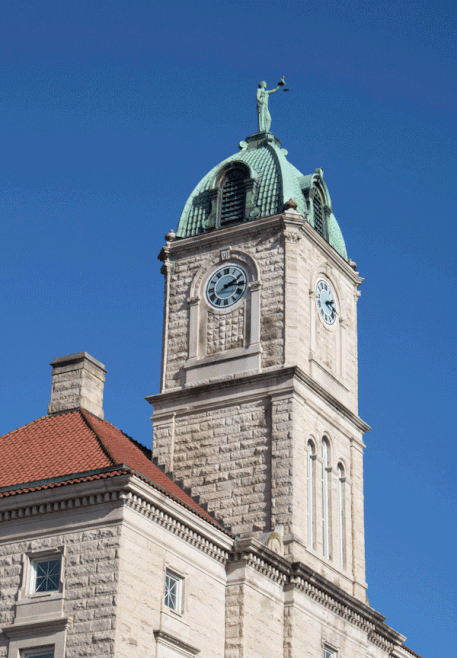 Depending who you ask, there are different ways to read the silence that met a Richmond nonprofit leader’s pitch to the Community Criminal Justice Board (CCJB) early last month. Whatever the interpretation, no discussion followed an offer from John Shinholser, president of the McShin Foundation, of up to $200,000 in matching funds to implement a peer-based program to combat substance abuse and lower recidivism in the Rockingham/Harrisonburg Regional Jail (RHRJ).

Shinholser was invited to the meeting by the Alternatives Committee, an advisory group appointed five years ago by the CCJB,  in hopes that the program might offer a way to reduce local incarceration. Committee member Ruth Jost said she was upset that the presentation didn’t elicit more enthusiasm from the board.

“I was stunned,” Jost said about the CCJB’s silence. “As a community, we are at a crucial turning point. It’s time we get serious about solutions to these problems we are about to spend lots of money trying to solve.”

Others in the room, like Sheriff Bryan Hutcheson, who runs the jail, believe focusing on formerly incarcerated people’s needs outside the jail represents a far larger target for reducing the jail population. Because about 40 percent of those in the jail are there for probation violations, Hutcheson said reducing those violations should be the community’s first priority. In addition, he said, there’s simply not room at the jail now to accommodate a new recovery program.

“Whether I think it’s a great idea or horrible, it doesn’t really matter,” he said, “because we don’t have the space.”

Meanwhile, Rockingham County Administrator Stephen King, another CCJB member, said he thought the board was generally receptive to the ideas behind Shinholser’s presentation, but unclear as to whether Shinholser was simply presenting an example of a successful peer-based program or delivering a sales pitch.

“We are all very interested in doing what we can,” he added.

Since 2004, the McShin Foundation has been working with individuals in recovery from substance abuse. According to its own literature, the foundation’s peer-based programs have shown success in reducing recidivism. A 2017 report, which Shinholser provided to The Citizen, says that program participants at the Pamunkey Regional Jail in Hanover had a 31 percent recidivism rate, compared to 53 percent for the jail population as a whole.

Shinholser’s offer of up to $200,000 from his foundation to launch a local peer-based recovery program would be a match for other funding – whether directly from the city and county or from other sources. A McShin-run program launched in 2018 at the Rappahannock-Shenandoah-Warren Regional Jail in Front Royal, for example, is funded by a $200,000 grant from the Substance Abuse and Mental Health Services Administration with an equal match from the foundation.

“We’ve got people sitting there for substance abuse. Treating them while they’re in jail seems like a smart idea,” she said.

Afterwards, Shinholser said he was saddened that it felt like his words “fell on deaf ears.”

Shinholser recalled a few CCJB members approaching him after the meeting, asking for a written proposal for the McShin Foundation’s program.

“It wasn’t a sales pitch,” he told The Citizen. “There has been so much success in peer-run programs that it’s a shame every jail in Virginia doesn’t at least have that option.”

Shinholser said he was surprised the CCJB did not ask him any questions.

“They just don’t understand the value of peer-run programs,” he said. “It doesn’t take much googling or noodling to figure out that recovery is the solution.” 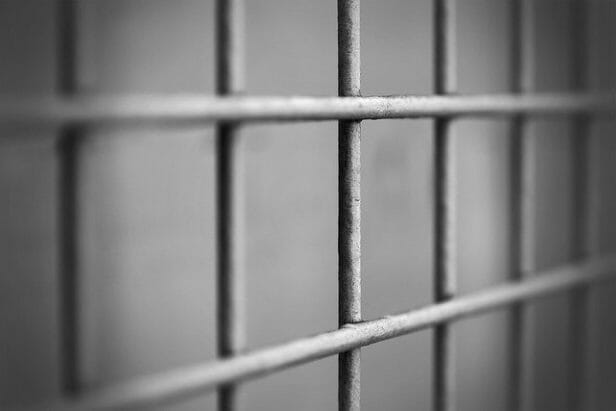 A peer-based treatment program like the ones McShin runs elsewhere in Virginia use pod-style living accommodations, where small groups of inmates live in separate self-contained housing units arranged around a central monitoring station. Pods can range from maximum- to low-security and vary in structure based on their function. Substance abuse pods typically operate under a low-security direct-supervision system, with a common area in the middle.

Hutcheson said RHRJ now operates two specialized pods for mental health and special needs, both of which he said are “very needed and highly successful.”

“The success of those efforts is anecdotal, however it is undeniable that all of those individuals that received those additional services are better off than they would be without having them,” he said, in an email.

Due to current space limitations at RHRJ, Hutcheson said it’s not possible to dedicate a new pod to a substance abuse recovery program right now, “whether we wanted to or not.”

The ongoing HVAC upgrade at the jail – a major renovation project that also includes re-doing flooring and re-painting –  shuts down three to four pods at a time on a rotating basis.

“It’s like playing musical chairs,” Hutcheson said. “With three or four [pods] out of service at a time, we’re already down on space.”

And the sheriff is not eager to repurpose the mental health or special needs pod into an addiction pod, as some have suggested.

“I’m proud of the success we’ve had with those, especially the mental health program,” he said.

The 18-month HVAC project should complete in mid-2020, Hutcheson said, at which point he would be open to considering the possibility of establishing a new pod in the jail. At the same time, he still would rather see more energy and money spent on helping people on probation stay out of jail. Substance abuse, he said, is a much bigger problem outside the jail than in it, and one primary cause of local probation violations.

“When they’re out, we’ve got to keep them out,” said Hutcheson. “Rather than focusing on while they’re in, we need to address their needs on the street.”

Rockingham County Administrator Stephen King said it is important for inmates to receive treatment on either side of incarceration ? “once they’re out, yes, but also before they leave,” he said. “It makes sense, it’s more effective, and I argue the right thing to do,” King said.

After hearing Shinholser’s presentation at the CCJB meeting, King spoke positively about peer-based treatment programs at a meeting of the Middle River Regional Jail Authority the following day. The McShin presentation had reminded King of his visits to other Virginia jails with similar programs, King told The Citizen, describing programs at the Richmond area. There, he toured facilities that offer peer-based programs where inmates spend entire days in classes as they begin recovery from substance abuse problems.

“They all realized they were there because of their personal decisions,” King said, related stories he’d heard from five different incarcerated people. “And they’d had enough.”

Whether or not the CCJB takes the McShin foundation up on its matching funds offer, King believes the group would be interested in something of the sort. “Everyone [on the board] is interested in doing what we can,” he said, “and everyone knows different things about the process.”

Sheriff Hutcheson noted that the idea is not a new one, pointing to plans for a minimum-security dormitory-style facility that were drawn up for RHRJ in 2014.

“In fact, we still have the plans in the back room,” he said.

They were the result of a jail planning study conducted five years ago, when jail overcrowding became a serious concern. In the end, the Harrisonburg City Council and Rockingham County Board of Supervisors decided in early 2015 to join the Middle River Regional Jail Authority instead.

“They basically were saying, ‘no new jail,’” Hutcheson said. “We had the plans. But it was an either/or, not both. Building a new facility like that is just not viable now.”

“It’s all we can do to maintain our current operations at this time, and believe me, that is no understatement,” he added.

Four years later, the Middle River Regional Jail finds itself in a similar position, having recently begun planning for an expansion as its population continues to grow. King said he is hopeful that that process will include plans to offer improved substance abuse treatment programs in the jail, and believes the regional jail’s new superintendent is receptive to the idea. Earlier this year, the regional jail authority voted to hire Moseley Architects to conduct a needs assessment for the jail – the first step required to receive any state funding for a jail expansion.