A trio of new principals — two who are being promoted and one who’s returning to her native county — will take over at three Harrisonburg City Public schools after the school board voted unanimously Tuesday to approve their hirings.

The three new principals are:

“We welcome them all to the Harrisonburg city family,” Superintendent Michael Richards said. “We put a lot on the shoulders of principals.”

Hensley has served as the principal of Central High School in Woodstock for the past seven years and has 24 years of experience in education. 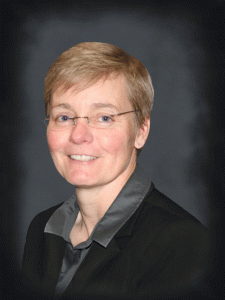 Hensley graduated from Spotswood High School in Penn Laird, and went on to get her bachelor’s and master’s degrees in education from Eastern Mennonite University and James Madison University, respectively.

“I’m very excited for the opportunity to return to the area,” Hensely told The Citizen after Tuesday’s meeting. “Something about that environment [at Harrisonburg High School] has continuously pulled me back, and it just feels like a natural fit for me and a good home, so I’m very excited to join the team there and to work with the students and the faculty and the community.”

She takes on the position in the wake of Cynthia Prieto’s decision to retire this spring after being offered a reassignment within the school district.

Richards noted several of Hensley’s accolades when introducing her during the meeting: she was the National Association of Secondary School Principals Virginia Principal of the Year in 2016 and was a finalist for the National Secondary Principal of the Year award. And she led Central High School to become the first school from Shenandoah County to be named a National Blue Ribbon School in 2015. That designation is a U.S. Department of Education program aimed recognizing schools for academic performance, among other factors.

Since the Blue Ribbon Schools program began in 1982, Keister Elementary in 2004 has been the lone Harrisonburg school to earn that designation.

Hensley becomes principal as the school district prepares for construction of a new high school, which city and school leaders hope to open in fall 2022.

She told the Citizen she looks forward to the construction of the new high school.

“There’s clearly a need, there’s overcrowding, this has been an issue at Harrisonburg High School for a good while,” she said. “Anything that I can do to help support that project in any way, I’m more than happy to do that.”

For the new elementary school principals, both will be in familiar surroundings. Deb Cook and Mark Miller have been assistant principals at the schools where they now take the helm.

“They are experts on the unique needs of their students and the school communities,” Richards said, adding that they stood out as excellent candidates in their own right.

Former Keister Elementary principal Julie Zook is moving out of state, according to board chair Deb Fitzgerald.