The forthcoming county bird checklist includes 301 species and everyone should be excited about it! 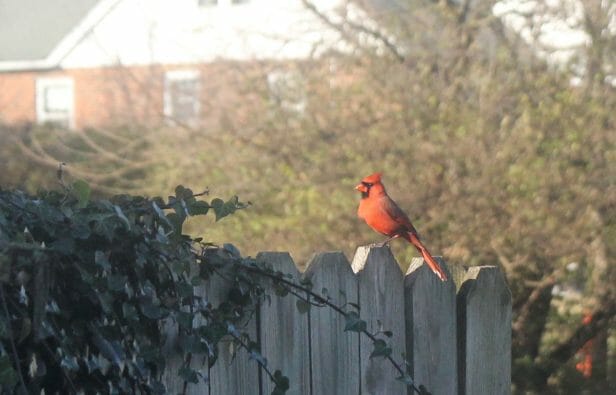 Northern Cardinals are more common in Rockingham County than in decades past – a fact made possible by the dedicated citizen scientists of the annual Christmas Bird Count.

In the winter of 2013-14, the last time that Snowy Owls irrupted south from Canada in large numbers, one of them turned up in Rockingham County right around the new year.

Robyn Puffenbarger, a biology professor at Bridgewater College, took some friends’ young sons on an expedition to find it. They caught up with the bird by the White Wave bottling plant in Mt. Crawford and the boys got good looks through a spotting scope Puffenbarger had set up the bed of her pickup.

They were, to use some technical birding language, “super-jazzed” about the whole thing.

It is, after all, a super jazzy thing to have a snowy owl come gliding silently down from arctic, like a winged polar bear, to spend New Year’s Eve in the Shenandoah Valley.

Five years later, Puffenbarger is putting the final touches on a second edition of The Birds of Rockingham County, the definitive checklist of all the bird species ever recorded in the county. The Snowy Owl is one of the list’s 301 entries, ranging alphabetically from the Acadian Flycatcher (common but awfully darn hard to distinguish from its close relatives) to the Yellow-throated Warbler (very, very uncommon in these parts).

The new checklist updates the first edition, published by the Rockingham County Bird Club in 1998. That list, edited by Clair Mellinger, a biology professor at Eastern Mennonite University, included 283 species.

Most of the new entries are extreme rarities that have passed briefly through in the 20 years since the first checklist was published. Those include species like the Scissor-tailed Flycatcher ­— named for its long and super-jazzy forked tail — that usually keeps west of the Mississippi and the Nelson’s Sparrow, which rarely strays this far from Virginia’s coast and, while not particularly showy, does feature some conservatively jazzy ochre streaking on its chest.

The county checklist has also grown through taxonomy, the ever-changing science of classifying living organisms. In case you missed the news, ornithologists decided over a decade ago that the Canada Goose is actually two geese species: the Canada Goose and the smaller Cackling Goose. Both are found in Rockingham County; Cacklers are smaller, but they look basically the same, so unless you really know your stuff, just be aware that you’re no longer living in that good old simple time when a Canada Goose was just a Canada Goose.

On Saturday, the latest Rockingham County Christmas Bird Count will occur. It’s part of the larger Christmas Bird Count, which began in 1900 and is the world’s longest-running citizen science project (last year, volunteer birders conducted counts in a record 2,585 circles like the one in Rockingham County). The local count has been conducted every year since 1954, and it entails a few dozen local birders spreading out across a 15-mile wide circle west of Harrisonburg, counting every single bird that they can find. (Disclosure: I’ll be tagging along because, if you can’t tell, I too get super jazzed by this stuff).

“It’s just kind of a fun little competition. It’s a team effort. There’s 30-some people going out on this same day … you’re all just trying to find stuff, and you’re working together,” said Matt Gingerich, a birder who lives in Linville and will be participating in the local Christmas count for the third time. “It’s fun to just cover back roads that you don’t normally go on, and you find stuff that you don’t normally see if you aren’t looking for it.”

Over the past 60-plus years, these counts have generated a ton of local bird data that Puffenbarger has used to analyze their population dynamics. Species like the Northern Cardinal, Tufted Titmouse and Carolina Chickadee, which tolerate close human contact, are thriving in the Rockingham County, she said. Others, like the Loggerhead Shrike and the Northern Bobwhite have become far less common.

Such changes are a reflection, Puffenbarger says, of subtle changes to the landscape, including the disappearance of old-fashioned rural hedgerows in which birds like the Northern Bobwhite bustle. 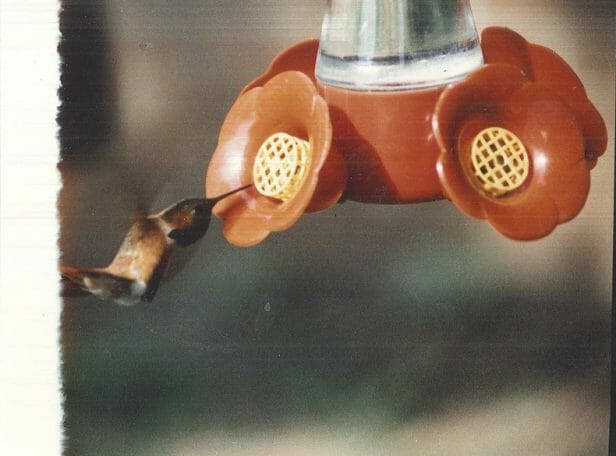 There’s a hidden-treasure aspect to birding that, for those with the bug, make birds so beguiling. With a pair of binoculars and a bit of patience, you can find birds nearly anywhere on the planet. Right here in Harrisonburg, right now, somewhere outside, flitting around in the bushes, is far more color and abundance than meets the casual eye.

Every birder has vivid stories etched in their memories.

Mellinger recalled one winter day decades ago, when he was a boy in Lancaster County, Pennsylvania, tramping along behind his older brother in search of birds, when there, on a staghorn sumac, they found a flock of Eastern Bluebirds and Cedar Waxwings, an extremely super-jazzy bird with a black mask and patches of bright flair on its wings and tail.

One winter day much more recently, Gingerich was poking around near Massanutten when he came across a Townsend’s Solitaire, a fairly nondescript Western species in the thrush family that very rarely turns up in Virginia.

“It was just a fun, serendipitous encounter, and that’s the kind of thing that just keeps me going because you don’t know what you’re going to see,” he said. “Birds don’t read the range maps in the bird book, so there’s stuff that just shows up wherever.” 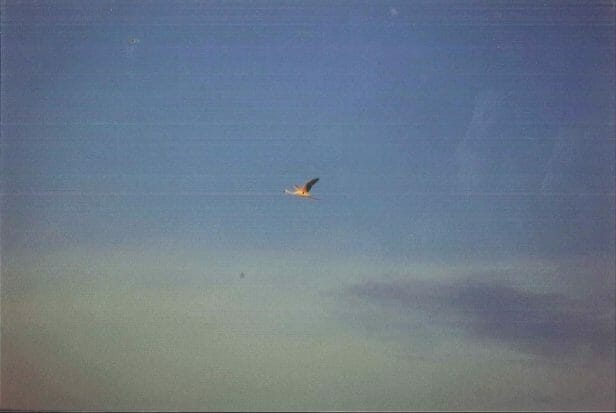 This flamingo (!) was seen a few miles west of Harrisonburg in November, 1996. Photo by Richard Schiemann, courtesy of Rockingham County Bird Club

Did you know, for example, that there have been two documented flamingo sightings in the county? (The exact species is uncertain, and, according to Mellinger, they were probably escaped captive birds rather than truly wild and extremely badly lost ones.) Or that a Groove-billed Ani, a silly-looking, fat-beaked tropical species, once fed at a backyard feeder in Broadway? That the elusive, marsh-dwelling Yellow Rail appears in the checklist, but is only known from one single specimen found dead on a county road more than 80 years ago?

Finally, there’s the birds that aren’t yet on the county checklist but, based on nearby records, are candidates for a first-ever Rockingham County sighting. According to Puffenbarger, possibilities include the Western Tanager (very jazzy and yellow, with a bright orange face), the Lesser Black-backed Gull (a totally non-jazzy, standard-looking seagull, although a first county record would be super-duper jazzy), the Black-throated Gray Warbler (black and white with an understatedly jazzy yellow eyebrow). Whichever it is, the checklist total probably won’t stand at its current 301 species for too long.

In 1998, just after Mellinger had delivered a final manuscript of the first county checklist to the printer, a Ross’s Goose turned up at Lake Shenandoah — a first official record in Rockingham County that, he recalls, rendered his painstaking work “immediately obsolete.”