In the name of history: Should Paul Jennings Hall coexist on a campus with buildings that also honor Confederate leaders? 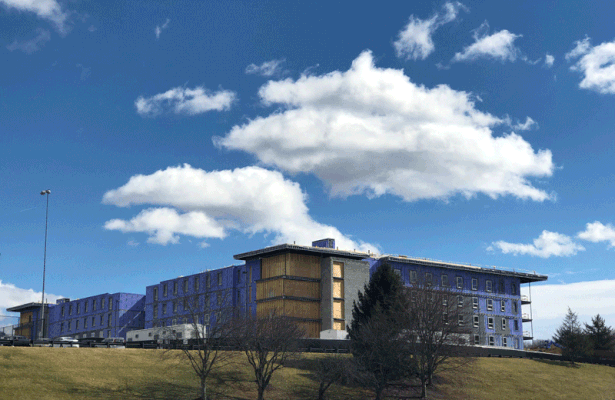 Paul Jennings Hall, which will open in the fall, will feature an exhibit in its lobby to its namesake, who wrote the first memoir of life in the White House while serving as a slave to James Madison.

JMU leaders say the naming of the new residence hall after Paul Jennings is a step toward confronting racism that has been embedded in the history of the campus and its namesake, as well as the Harrisonburg community, the commonwealth of Virginia and the country.

Jennings was a slave owned by James Madison and, upon eventually buying his freedom after Madison’s death, went on to write the first memoir of life in the White House and helped orchestrate one of the largest coordinated escapes of slaves to the north.

But some people, including students and community activists in Harrisonburg, are asking what this might signal about the renaming of other buildings on JMU’s campus — the ones named after confederate leaders.

Steven Thomas, co-founder of the Harrisonburg-Rockingham County chapter of Coming to the Table and an organizer with the Northeast Neighborhood Association, said he is excited about Jennings Hall and about the planned exhibit on Jennings and his life that will be located inside the residence hall.

Thomas said he hopes JMU leaders will now reconsider the naming of the three buildings that honor confederates:

“These names came about around 1917 when James Madison University’s faculty decided to rename or name some of the buildings that were being constructed on campus, after confederate soldiers and ‘heroes’ in line with what became known as the lost cause narrative,” Thomas said. “And that lost cause narrative is one that was perpetuated throughout the south, was perpetuated on the campus of James Madison University, and part of that perpetuation of a false narrative about what the Civil War was about and how it ended.”

“JMU,” Thomas said, “has to reconcile that as well.”

How best to do that is complicated and is part of an ongoing effort, said university leaders like Tim Miller, JMU’s vice president of student affairs.

Virginia’s history with racism has made a lot of national headlines recently.

The 2017 rally white supremacists’ rally in Charlottesville that resulted in the death of counter-protester further accelerated a debate over statues and building names honoring confederate leaders that also popped up during the World War I era.  And the recent political scandals involving Governor Ralph Northam’s yearbook photos have further highlighted the state’s complicated history of racism.

JMU, meanwhile, has been working to address its own past for several years. Students worked last year on a project titled “Black and White on Bluestone Hill” which exhibited photos from university yearbooks depicting blackface in theater productions and by student organizations during the first half of the 20th century.

Miller, JMU’s head of student affairs, said the university has been trying to shed light on racism on the campus, and campus leaders aren’t just responding to current political events.

“This is not new for us,” Miller said. “We didn’t see the governor in a yearbook and say ‘hey, let’s look at yearbooks.’ Our special collections department did that last year. We didn’t suddenly think of Paul Jennings on a whim the other day. The faculty senate and others have been talking about this for a couple of years.”

In an open email to students and faculty on campus, JMU President Jonathan R. Alger said the university had initiated a task force on inclusion with the idea that the university can improve classroom inclusivity, the campus climate and shed light on the history and context of race relations on campus.

“No doubt, this is a difficult time for our commonwealth and for the many individuals and institutions that are dealing with these issues,” Alger said in the email.  “These events provide a learning opportunity for our students, faculty and staff to apply principles of ethical reasoning as we continue to come together to learn from and with one another and to make our community an example for others to follow.”

While Alger didn’t mention of possible name changes to Maury, Jackson and Ashby halls, Miller said the idea has come up in the past.

“I know in one conversation I had, a couple students asked about it,” Miller said. “I told them that it was part of the ongoing conversation.”

He also said the History and Context Group of the Diversity Task Force has been looking into the names, but could not confirm any immediate action to rename the three buildings.

Miller said it isn’t an “either/or” situation of naming, but an opportunity to be more inclusive of all American history.

“What this is is an opportunity,” Miller said. “We had a building that was unnamed, and the question was ‘what do we want to do with it?’ And instead of naming it another generic name for a river, or a lake, or a direction on a map, we put it out to students, and they recommended it.”

Raleigh Marshall, a 2005 graduate of JMU and a descendant of Paul Jennings, said the family is excited about the naming of the hall and what that will mean for Jennings’ legacy. 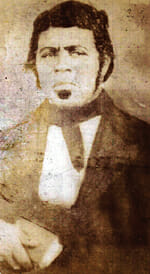 “At first we were a little apprehensive about it,” Marshall said. “Once [Miller] explained that the real purpose behind this thing is for JMU to own the history of President Madison in its entirety — not just the highlight reel. He’s famous for being the father of the Constitution, but he was also a slaveowner. And that’s a side of him that nobody really talks about.”

Marshall said that the Jenning’s descendants are excited to work with JMU in contributing to the exhibit inside the new hall.

As a JMU alumnus, Marshall urged caution against revision or denial of history, and would like for the backgrounds of the individuals and reasons for the renaming to be used as a learning opportunity for JMU students if the university moved forward with renaming the buildings.

“I’m not a fan of hiding history,” Marshall said. “In our K through 12 education we are given a highly sanitized, superficial telling of a history which is really very deep, graphic, and absurdly complex. To better understand each other and promote unity, we have to have a more cohesive agreement on what the truth of our past really was.”

‘This opens a door’

Miller said he hopes the naming of the hall is one of many steps JMU will take to address its past and that the task force will be working on many ideas in the coming months to create a more inclusive environment for all its students.

“I think this opens a door,” Miller said. “I’m of the opinion that times of crisis are not the times to make long term decisions about anything, especially an institution.”

Meanwhile, Thomas believes that by understanding the university’s past, campus leaders will be able to heal wounds.

“We encourage the history/context group of the task force on inclusion at JMU to not only illuminate the stories of the lives of these enslaved persons who accompanied James Madison in all of his travels and were responsible for the wealth he had once accumulated at Montpelier through their forced labor, but also to examine the university’s connection to the ‘lost cause’ narrative that led to the establishment of several university buildings named after Confederate military officials and to be proactive in the renaming of those halls, as well,” Thomas said.

After all, he added, Madison bears some responsibility for supporting and perpetuating slavery and, thus, setting up the conditions for the eventual “horrors of the Civil War, the failure of Reconstruction, Jim Crow segregation and the need for the current movement for black lives in America.”

Jennings Hall will open to students this fall.